This site uses cookies for analytics, personalized content and ads. By continuing to browse this site, you agree to this use. Learn more

I’m excited to announce that today we’ve shipped Visual Studio 2012 Update 2 (VS2012.2) and that it’s now available for download.  Just as with VS2012.1 (which is installed as part of VS2012.2 for those of you who don’t already have VS2012.1 installed), this release contains important fixes as well as a wealth of new functionality, addressing feedback we’ve received from the community and aligning with key software development trends in the market.  The new functionality primarily spans (though is not limited to) five areas of investment: agile planning, quality enablement, Windows Store development, line-of-business development, and the general developer experience.

Agile planning. Visual Studio 2012 introduced a wide range of capabilities focused on enabling agile teams, not only for development but also for planning.  With VS2012.2, Team Foundation Server (TFS) has been augmented with an additional variety of features to help make it even easier for agile teams to do their planning, in particular around adapting to a team’s preferences and work styles.  For example, VS2012.1 introduced new project tracking options, including a Kanban board and a cumulative flow diagram; VS2012.2 augments those experiences with the ability to customize the Kanban board to adapt it for an organization’s needs.  Other features include work item tagging that provides a simple and flexible way to add metadata to work items in support of better organization and reporting, support for emailing work items via the TFS Web Access portal, and more. 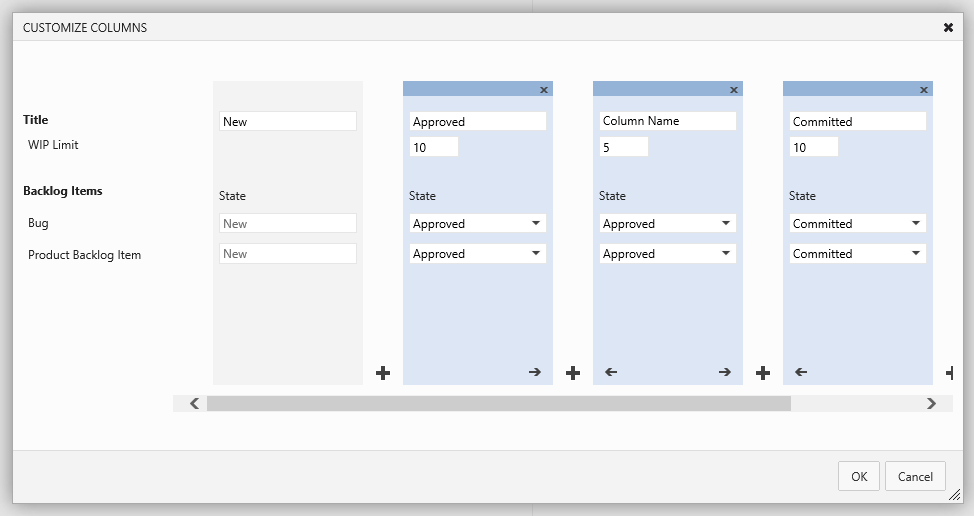 Quality Enablement. A key focus area for Visual Studio 2012 is in enabling quality to be maintained and improved throughout development cycles.  This focus can be seen not only in the RTM release, but also in VS2012.1, with the added support for code coverage with manual ASP.NET testing, with support in Test Explorer for custom “traits”, with support for cross-browser testing, and with improvements to Microsoft Test Manager.  Now with VS2012.2, support for quality enablement is taken even further.  This update introduces web-based access to the Test Case Management tools in TFS such that users can now author, edit, and execute test cases through the web portal.  It also includes the ability to profile unit tests (with results across both the unit tests and the code under test surfaced through a single report), improved unit testing support for both asynchronous code and for interactions with the UI, unit testing support for Windows Phone 8 apps, unit test playlists that enable a subset of tests to be managed together, significant improvements around testing for SharePoint 2013 (web and load testing, unit testing with emulators, coded UI support, and IntelliTrace support), and more.

Windows Store development. VS2012.2 includes additional new features for Windows Store development, beyond the quality enablement capabilities already mentioned.  For example, VS2012.1 included a new memory profiling tool for apps implemented with JavaScript, enabling developers to better understand the memory usage of their apps, to find and fix leaks, and so forth; for VS2012.2, we continued to invest in improved diagnostics for JavaScript apps with a new profiling tool that helps diagnose UI responsiveness issues and latency in visual updates.  This release also incorporates the latest version of the Windows App Certification Kit.

Line-of-business development. Beyond improved support for building Windows Store apps, VS2012.2 also brings with it a wealth of new and improved capabilities for developing and modernizing line-of-business (LOB) apps.  This includes the ability to use LightSwitch to easily build cross-browser and mobile web clients with HTML and JavaScript, with support to target SharePoint 2013 and Office 365.  It includes support in Blend for SketchFlow, WPF 4.5, and Silverlight 5.  And more.

Development experience. As developers spend so much of their time using the IDE, it’s important that Visual Studio provide as streamlined an experience as possible.  Towards that end, we continually invest in new features and productivity enhancements to make the IDE the best and most productive environment possible, a trend we continue with VS2012.2.  Code map has been updated with improved responsiveness as well as with debugger integration, providing a visual perspective on the relationships and dependencies in code being debugged.  Symbol loading has been improved across both the profiling and IntelliTrace experiences.  The Workflow designer now has an improved debugging experience.  The XAML design surface in both Blend and the Visual Studio editor includes multiple performance and reliability improvements, in particular when loading large projects and when using third-party controls.  The IDE’s light and dark themes are now joined by a third, blue theme.  And more, such as including all of the improvements made available through ASP.NET and Web Tools 2012.2.

Install Update 2 today to get the latest support Visual Studio has to offer.  A more expansive list of what’s new in VS2012.2, including new features and bug fixes, is also available.